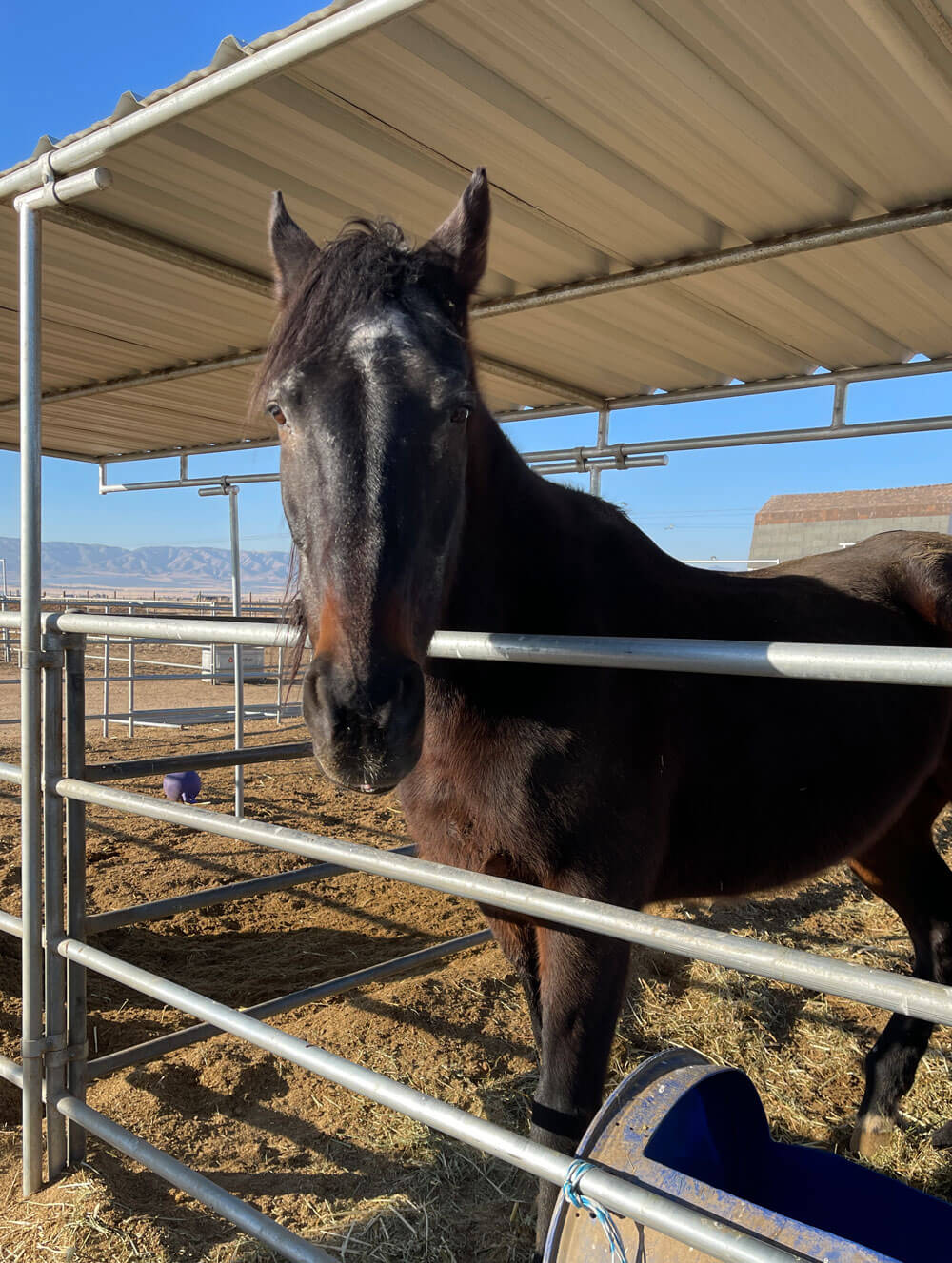 I Am Fully Sponsored

Zeus is a 38 year old, 17hh warmblood gelding. He was surrendered to us by his previous owners. They in turn had rescued him from a barn where he was suffering from severe neglect. He was extremely underweight and they took him in and cared for him until he was healthy. Unfortunately for them, once he was feeling good he became a real handful. He has been with us since 2017 and he has a forever home here at Wild at Heart Horse Rescue. He is our gentle giant who loves the extra attention, loves to be groomed and his crispy carrots.